Getting a taste for Long Island! This week we are working hard on building our boat as well as building our bodies. We build our muscles through a balanced diet with the freshest ingredients. We tried out Farm Country Kitchen, a farm to table restaurant with healthy options! We will be posting more information on our fitness gains on Instagram @perfectvisionsailing. Memorial Day is a holiday where we remember those who have made the ultimate sacrifice in active duty military service to our Country. ENS Barnes serves today from inspiration and in respect of that sacrifice. 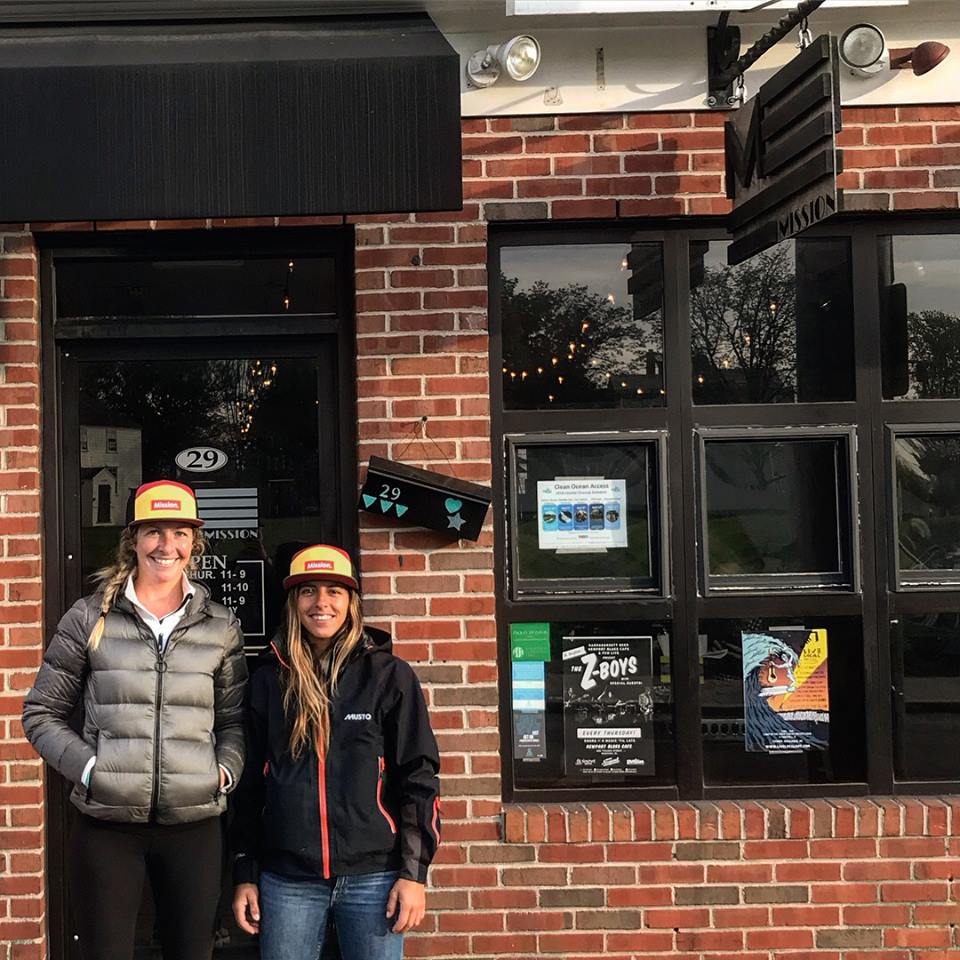 We made it! We’re in Newport, Rhode Island, for a summer of training, competition and networking! It’s official! We’re on our way to Newport, Rhode Island for a summer of networking, training and competition!

Nikki grew up with a strong awareness of tropical weather. Hooray! We went to city hall this morning for the decision of the lease renewal of the US Sailing Center. The decision was positive, another 10 years with two four year extensions. There is no place like the USSC, it provides opportunity for so many in our community and is our training base, there is no other USSC!  @ US Sailing Center Miami Miami, Florida (April 25, 2018). Time spent in the boat is key tactic in successful sail training. That’s just what USA Women’s 470 hopefuls for the 2020 Tokyo Summer Olympics, Nikole ‘Nikki’ Barnes and Lara Dallman-Weiss, obtained when they sailed in the 63rd Miami Key Largo Race on April 21 followed by the inaugural Key Largo Miami Race the following day, April 22. In total, the duo completed the 70-mile round-trip in 6 hours the first day with 5 to 7 knots of breeze from the east and a faster 4 hours on the second day propelled by 12 to 15 knots of winds blowing southeasterly. Barnes and Dallman-Weiss were among sailors on some 70 yachts in 9 classes that raced in these Miami Yacht Club-hosted regattas. However, they may have been one of the only entries with an additional ‘crew’ member to join them along the way.

“We had a remora (sucker fish) with us for most of the ride,” explains Dallman-Weiss, age 29, a native of White Bear Lake, MN, who graduated from Eckerd College in 2011, was a member of the US Sailing Development Team in 2013 and most recently raced keelboats. “Nikki noticed something was effecting her steering, but Biscayne Bay had tons of seaweed, so we were unsure if this was the cause. Finally, during one of her weed checks she saw the remora hanging off the back. Each time we went to grab it, the fish scooted forward out of reach!”

“First, I learned to never ignore Nikki when she talks about something effecting her steering. Since we set our foils up to be dead straight, and are trying to achieve a perfectly balanced boat, how the helm feels is a crucial piece of information. Secondly, we worked on communication by taking turns calling the wind as descriptively and accurately as possible. Thirdly, one of our coaches described the 470 as a boat that feels good when you sail it correctly. During Sunday’s power reach home, we felt this effect for a majority of the ride. We started in 15 knots with 2 to 3-foot waves spaced perfectly apart and the boat felt smooth and effortless – an incredibly rewarding feeling!”

Moving forward, Barnes and Dallman-Weiss will continue training in Miami for a couple of weeks. Then, they will travel north to Newport, Rhode Island, for some bigger breeze and to participate in the Volvo Ocean Race Stopover.

“Our game plan is to get on the water as much as we can and build our inventory and knowledge,” says Barnes, age 24, a St. Thomas, U.S. Virgin Islands native, 2016 Quantum Sailor of the Year and 2017 graduate of the U.S. Coast Guard Academy. “We are currently working on a schedule for the summer that balances regatta training and time on the water. We are looking forward to some long days of racing.”

To support Barnes and Dallman-Weiss in their Olympic campaign, please make out checks to The Sailing Foundation of New York, a 501(c)3 organization that supports individuals who demonstrate the commitment and the potential to represent the United States of America at the highest possible levels in the sport of sailing. Add to the ‘Memo’ line: Nikole Barnes or Lara Dallman-Weiss. Mail checks to: Lara Dallman-Weiss, 41 SE 5th St, Apt 316, Miami, FL, 33131. Don’t forget to check if your company matches donations to non-profits! For more information, visit: www.facebook.com/perfectvisionsailing

The Miami skyline offers a beautiful backdrop for training. And Biscayne Bay is excellent to sail on.